“September 1, 1939” refers to the date on which German troops invaded Poland and began the Second World War. The poem was published in The New Republic in 1939 and included in the collection Another Time the following year. Hitler’s invasion of Poland declared his military strength and flouted the agreement of the Munich Conference, shocking the entire world.

Though “September 1, 1939” has become one of the most famous political poems of the twentieth century, it deeply dissatisfied its author, who agonized over the wording of one of its most famous lines (“We must love one another or die”) and in later life allowed the poem to be reprinted just once, among a batch tagged with the disclaimer: “Mr. W.H. Auden considers these five poems to be trash which he is ashamed to have written.” 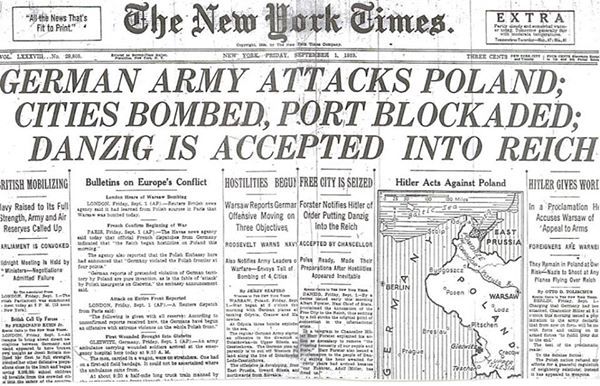